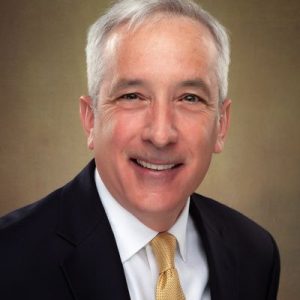 Local governing bodies in Virginia are grappling with how to comply with a state mandate to consider unionization of government employees, and, at the same time, serve the interests of taxpayers, consumers, and individual workers. The new state law, which became effective May 1, 2021, reversed a decades-old prohibition on unionization of local government employees.[i] The change was radical, and lawmakers compounded the effects by pushing on local governments the unresolved problem of how to pay for it. The General Assembly and Governor Ralph Northam provided no funding for the development and execution of localities’ labor-relations decisions and union bargaining demands. The consequences for the public treasury are likely to be significant.

As a starting point, local governing bodies may be required to incur substantial litigation expense relating to ordinances and resolutions providing for union recognition and bargaining, and legal fees can be substantial.[ii] For example, in Knox v. Chiang, public employees sued the California State Controller and the Service Employees International Union to challenge a deal to force public employees to pay fees to the union as a condition of employment. With representation by attorneys at the National Right to Work Legal Defense Foundation, the employees won their case and also a large award of attorneys’ fees and costs for which the court imposed joint and several liability on the state of California and the union.[iii] The award was for $1,021,176 in attorneys’ fees and $15,412.93 in expenses, which were separate from the state’s legal fees and expenses for its own attorneys.[iv]

Portsmouth, Virginia, city staff reported to the City Council in July 2021 that the preliminary, estimated costs for administering collective bargaining would include five to six additional staff positions and compensation for contractual services including legal advisors.[v] The report projected the costs would total in the “range of $2 Million annually,” excluding the costs to taxpayers of meeting union demands at the bargaining table.[vi] The prospective expenses apparently were too heavy. On August 10, 2021, the City Council rejected International Association of Fire Fighters Local 539’s demand for recognition and bargaining as to fire fighters and emergency medical personnel and went further to declare that the City will not recognize or bargain with “any labor union or any employee association as a bargaining agent of any public officers or employees . . . .”[vii] Portsmouth’s action followed the Clarke County, Virginia, Board of Supervisors’ adoption on June 15, 2021, of a similar resolution to prohibit the County Administrator and employees of the County from recognizing or bargaining with union officials.[viii]

Cost information from other jurisdictions is consistent with the City of Portsmouth’s preliminary, administrative cost estimates. As of 2019, Montgomery County, Maryland, which borders Virginia, had seven attorneys just to manage the county’s labor relations under its bargaining regime.[ix] Fairfax County, Virginia, has advertised a fiscal year 2022 budget of $964,693 to support collective bargaining with respect to county government employees, including five positions in the human resources department and one new county attorney.[x] Separately, Fairfax County schools adopted a $500,000 collective bargaining budget, which includes funds for employing an assistant division attorney, a chief negotiator, and a labor-relations specialist.[xi] Loudoun County, Virginia, adopted a FY2022 budget dedicating $966,263 for bargaining. [xii] The City of Alexandria, Virginia, included in its fiscal year 2022 budget $850,000 for new labor-relations personnel and increases in hours of current personnel to administer the city’s ordinance facilitating unionization of city employees.[xiii] Arlington County, Virginia, included in its fiscal year 2022 budget a down payment of $350,000 for outside legal services and new positions in the County Manager’s Office (“CMO”) and the Human Resources Department (“HRD”).[xiv] The County Attorney and County Manager anticipate that “substantial additional resources will be needed in future years in the County Attorney’s Office, the Department of Management and Finance, CMO and HRD, as well as operating departments to implement collective bargaining.”[xv]

In addition to higher costs resulting from litigation, administration, and collective bargaining agreements themselves, public-sector collective bargaining has been found to increase tax burdens by $2,300 to $2,900 per family of four, and local governments have offset high bargaining costs by cutting employees from the employment rolls.[xviii] Higher tax burdens can impose greater strain on the tax base, which can lead to taxpayers fleeing unionized jurisdictions in favor of lower-tax, union-free jurisdictions.[xix]

Union officials’ new power to initiate and compel local government compliance with the unionization process is unique because it is unilateral and possessed only by unions, which are private, self-interested parties. The state law facilitating local government unionization, however, provides an escape hatch for local governing bodies. The City of Portsmouth and Clarke County used the escape hatch by exercising authority to pass resolutions to stay union-free, and their success may pave the way for other local governing bodies to do same.[xx]

Timothy M. McConville is a management-side labor relations attorney and President of Praemia Law, PLLC. He also serves as President and Chairman of the National Institute for Labor Relations Research. This article is for general informational purposes only and should not be relied upon or regarded as legal advice. Mr. McConville is available at 703-399-3603, ext. 1, and Timothy.McConville@praemialaw.com.