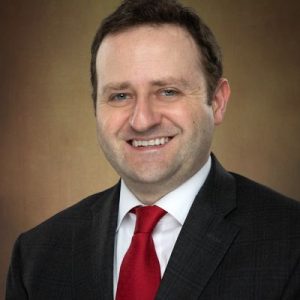 The Virginia Overtime Wage Act went into effect on July 1, 2021, and the new law can significantly impact how Virginia employers calculate overtime pay and increase liability for failure to pay overtime wages properly. Although the new law has similarities to the federal Fair Labor Standards Act (FLSA), the Virginia law is sufficiently distinct from the FLSA such that employers may need to modify their overtime compensation structure for certain employees and account for the increased overtime liability.

The Act also appears to have targeted employers who misclassify salaried non-exempt employees as exempt, exposing these employers to greater liability. Misclassification of employees can occur when an employer incorrectly assumes that, because an employee receives a salary, the employee is subject to overtime pay requirements. Simply paying employees on a salary basis, however, does not necessarily make them exempt; it is just one part of a multi-factor analysis. The new Virginia law increases the potential overtime liability for employers who misclassify employees as exempt since an increased regular rate for salaried employees under the Virginia statue can result in increased overtime pay liability if an employee were to bring a claim based on misclassification as an exempt employee.

In addition to the changes in the new law regarding regular rate calculation, the new law is not currently clear as to whether employers will be able to pay employees through alternative payment methods, such as a fluctuating workweek or day rate. Until further guidance is available, Virginia employers may want to reconsider paying Virginia employees through these alternative payment options.

In addition to establishing a new method for determining the regular rate for non-exempt, salaried employees, the new Act imposes greater risks for employers because of an expanded limitations period and remedies for claimants. Under the FLSA, the limitations period for overtime claims begins upon the filing of the claimant’s legal action and looks back two to three years, depending on whether the violation was willful. Under the new Virginia law, claims may be brought within three years of the accrual of the action, regardless of whether the alleged violation was willful. The Virginia law may permit claimants to bring claims which might otherwise have expired under the FLSA and may mean a larger recovery period.

Brendan F. Cassidy is an attorney at Praemia Law, PLLC.  This article is for general informational purposes only and should not be relied upon or regarded as legal advice. Please contact Brendan Cassidy at brendan.cassidy@praemialaw.com or 703-399-3603 concerning particular facts and circumstances.